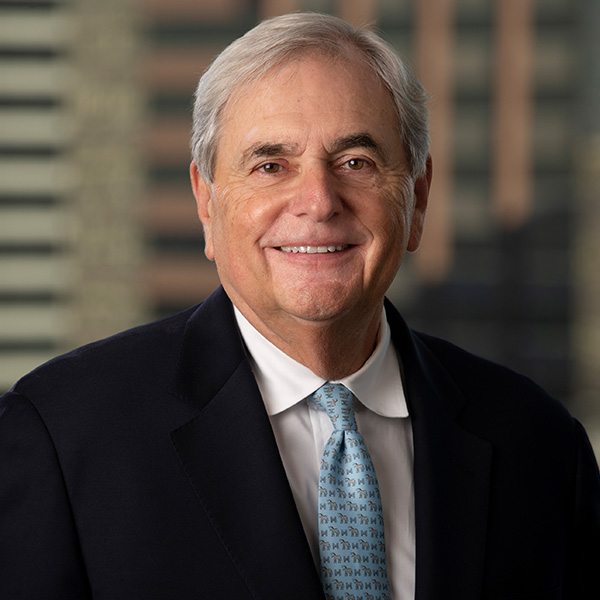 Paul Roshka has a national practice representing companies, their directors, officers, and employees during investigations and enforcement/disciplinary proceedings involving potential violations of federal and state securities laws, and other financial regulatory statutes and rules. He has handled matters initiated by virtually every SEC Regional Office and FINRA District Office, and their Home Offices in Washington, D.C.

Paul is a recognized bet-the-company litigator. He has defended brokerage firms, investment advisory firms, and their financial advisors, and prosecuted financial claims by individual investors in federal and state court, and in arbitrations and mediations in numerous jurisdictions. Paul has extensive experience representing both plaintiffs and defendants. He is trusted by our clients to resolve their legal disputes. Paul is also a AAA arbitrator and serves as a mediator in cases involving complex issues related to securities, real estate, insurance, and the mortgage and banking industries.

Paul’s passion for resolving complex disputes is equally matched by his passion for positively impacting his community. He has spearheaded numerous significant charitable efforts that have directly and positively impacted the lives of thousands of Arizona children and families. During Paul’s three-year term as Chairman of Phoenix Children’s Hospital’s Board of Directors, he led the effort to move the young hospital from two floors of an existing health care provider to its own free-standing campus. Working with bond counsel and underwriters for the offering, and as a member of the Capital Campaign Committee, Paul helped the hospital raise the funds to purchase and renovate an existing hospital on 26 acres in central Phoenix. Today Phoenix Children’s Hospital has six Centers of Excellence, nearly 1000 specialists, and provides outpatient, trauma, and emergency care across more than 75 subspecialties. Children and their families are no longer required to travel to hospitals in other states to receive world class health care.

Paul reorganized Phoenix Children’s Hospital’s Foundation and served five terms as the Foundation’s Chair. He has also chaired Phoenix Suns Charities, the Children’s Cancer Center, the Phoenix Zoo’s Wildest Club in Town, and the Wildest Ball in Town. Paul has been on the Boards of the Salvation Army, Xavier College Preparatory School and Southwest Human Development which is the Arizona Easter Seals affiliate and an organization that seeks through its 40 programs to create a positive future for every child. He currently serves on the Board of AIM Youth Mental Health based in Carmel, California, an organization dedicated to finding and funding promising youth mental health research.

Paul received KPNX TV’s 12 Who Care Hon Kachina Award and the Jefferson Award from the American Institute for Public Service for his commitment to the Children’s Cancer Center at Phoenix Children’s Hospital.